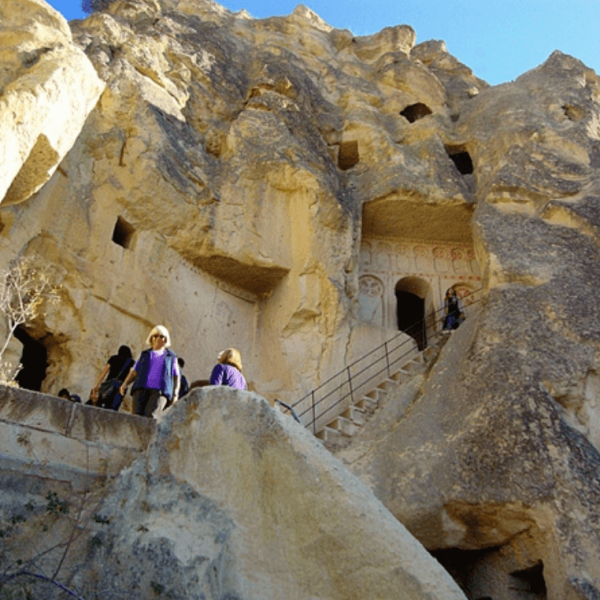 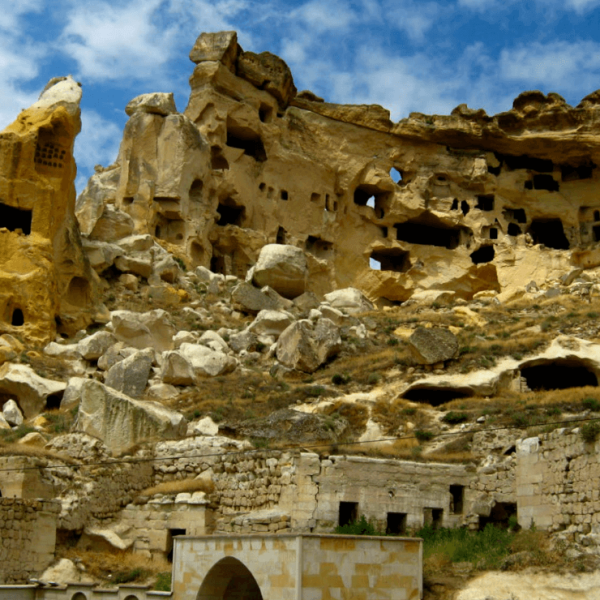 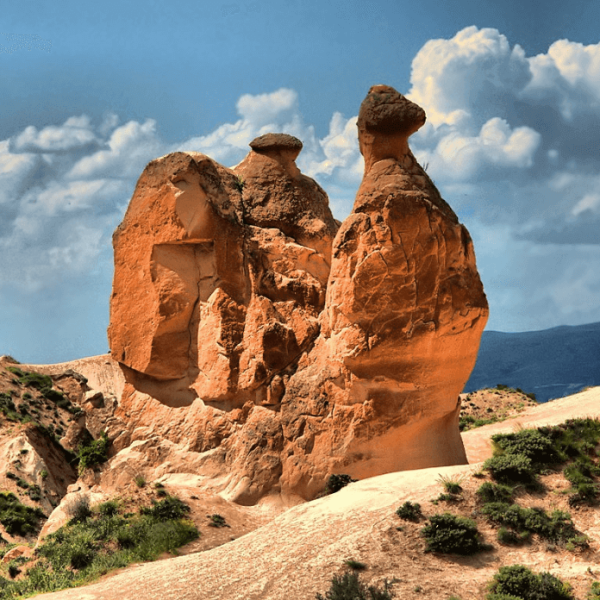 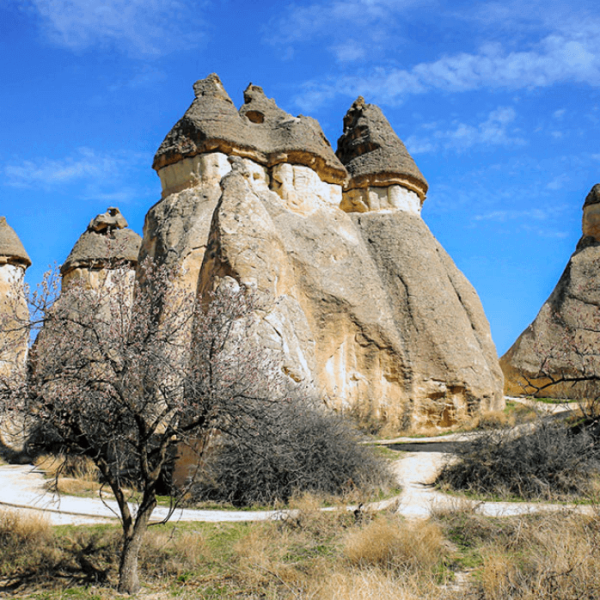 It has beautiful rock formations with some great hidden rock carved churches. The most interesting part of this area is the countless tracks connecting the small villages and towns through vineyards and gardens like a spider net. The Rose Valley is an isolated valley behind Urgup. It is always possible to see villagers working in the area and offering grapes, apples or apricots to you.

Goreme, an important Christian centre in the early years of the middle ages, was a bishopric administered by Mokissos near Aksaray in the 11th and 13th Centuries. Despite the vast number of monasteries, churches and chapels in the vicinity of Goreme there are not many inscriptions bearing dates. For this reason these religious buildings are mainly dated according to the iconography or architectural features.
OPEN AIR MUSEUM-MONKS VALLEY (PASABAGLARI)-CAVUSIN-AVANOS-UCHISAR CASTLE
DEVRENT VALLEY